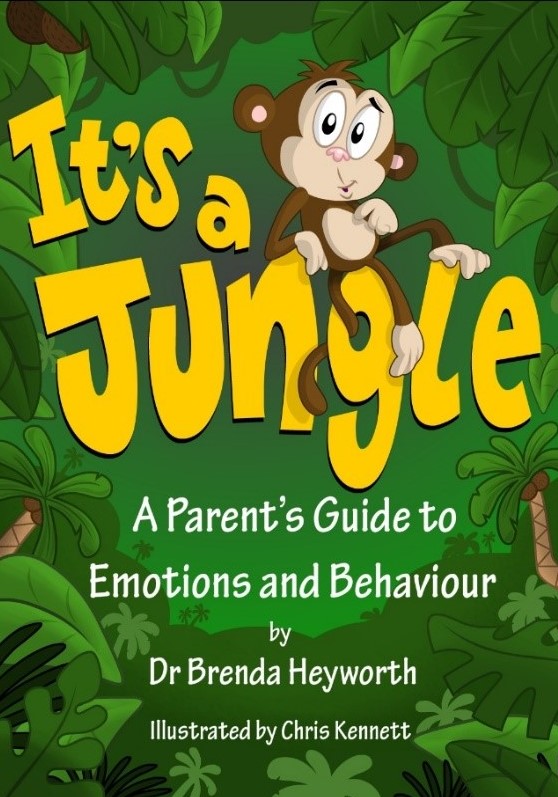 We love our children, nurture them and watch them grow. They start out sweet but then we start to suspect a wild streak. We see hints of it in the huffing and stomping then watch as the wild streak grows stronger. If you’ve ever seen your child throw an enthusiastic tantrum, you might wonder whether you’re raising a child or a monkey.

But aren’t they all little monkeys on the inside?

Some children’s behaviour can be pretty wild. It can be triggered by something as simple as not getting what they want and it can escalate to such an extreme that they are screaming, hurling furniture or kicking a hole in the wall.

Of course this behaviour is not acceptable. It’s destructive. It’s hurtful and certainly isn’t the way to deal with frustration, so why do children do this? Where do they get such bad behaviour?

I’ve seen parents who were so shocked by this wild behaviour that they worried it must surely be caused by some illness. They ask whether their child has a ‘split personality’ or even schizophrenia and I reassure them that this behaviour is not an illness. It’s a natural human trait that lies deep within all of us. It’s a child’s fighting behaviour and is driven by primitive instinct. Survival instinct tells them to come out fighting so that’s what they do to the best of their abilities. This is the Law of the Jungle.

Some fighting behaviour is obvious, you can hear it from a block away, but some is more subtle. Pouting, arguing and pestering are not as dramatic as a loud, destructive tantrum but they, too, are forms of fighting behaviour. Different children will have different styles but they all do it at some stage. It’s their answer to the call of the wild.

To understand what’s really going on, we have to look past the behaviour to see what’s underneath. Underneath fighting behaviour is emotion.

Each child has their own bundle of complex, conflicting emotions and are somehow supposed to make sense of them. Even in this modern day, emotions remain something of a mystery to us all. We can’t say what they’re made of and we can’t point to where they are. We just know that they are there, coming from somewhere deep inside us.

A swirl of emotions is a powerful thing. It can spin us and hurl us in any direction. Children are born with the ability to feel emotions but without the skill to steer them. Their emotions are wild and unbridled and can run or fly in any direction at great speed. To grow into happy, well-adjusted individuals they have to somehow learn about their emotions and how to manage them. It is one of the most important skills for them to learn but also one of the hardest.

Emotions won’t necessarily stay in a nice tidy bundle. They can swirl and swell to considerable size. When emotions get BIG, a child can be quickly overwhelmed, whether it’s with frustration, anger, disappointment, guilt or embarrassment. Even pleasant emotions like excitement can overload them. The emotion isn’t the problem. It’s the size.

Once overwhelmed, a child has no idea what to do and that’s when instinct takes over. It’s the call of the wild that says, ‘IF IN DOUBT, COME OUT FIGHTING’. It’s the default setting for those times when they don’t have a better idea.

Whatever form the fighting behaviour takes, the key is to recognise it for what it truly is. They’ve crossed a line and entered…

Powerful emotions can fling a child deep into the jungle. He enters the fight zone, but didn’t plan it that way. As far as he can tell, it just happened. The jungle’s not a pleasant place to be. It’s tangled and dark, so choked with vines that even the sunlight can’t get through. It’s a stressful and scary place.

If a child was already feeling overwhelmed with emotion, his trip to the jungle won’t make it any better. He’d become even more overwhelmed but at least in the jungle he knows what to do. In the jungle, survival instinct activates his response for FIGHT, FLIGHT or FREEZE.

Maybe he’d prefer the flight option but it’s hard to run away when he’s already lost in the jungle. Whether he likes it or not, his options are limited. It’s not good to look scared and vulnerable in the jungle, so he hides those feelings on the inside and covers them up with a tough exterior. From the outside, he looks primed and ready. He’s got his fists up and he’s ready for a fight.

At some stage, every child goes through a phase of fighting behaviour. When we try to help them, their instinct is to fight against us. Our children go into the jungle and sometimes we feel like we’re swinging through the trees with them. If we want to help them, it’s important that we don’t jump into the jungle with them. Our instinct tells us to come out fighting as well, but that won’t work. You’ve probably already tried arguing and yelling back but it didn’t get you very far. Now you’re looking for a better way.

This article’s categories
A Parent's Guide to Emotions and Behaviour

All Categories
A Parent's Guide to Emotions and Behaviour
Published Articles